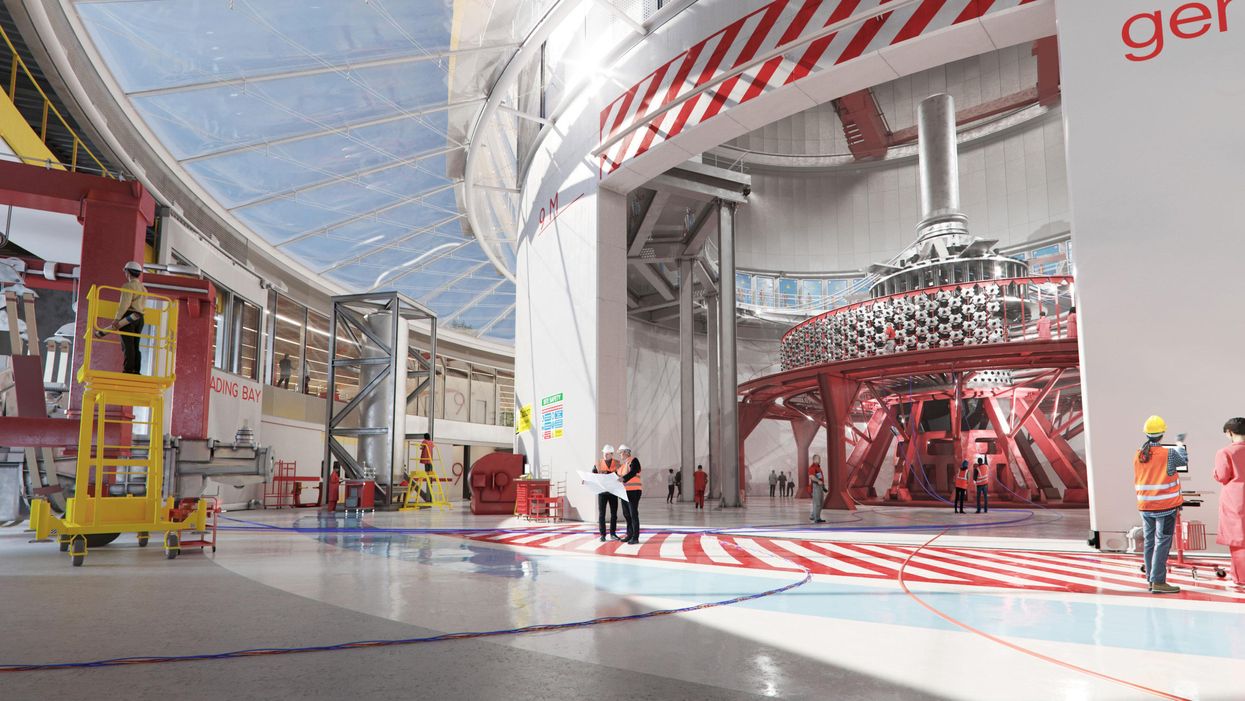 It might be time to retire that overused joke about nuclear fusion always being 30 years away. Burnaby, British Columbia-based General Fusion plans to build a large-scale demonstration reactor at the UK’s national fusion research laboratory campus in Culham near Oxford.

The plant, 70 percent the size of a commercial reactor, should be operational by 2025. It will not generate power. The goal is to “demonstrate for the first time at power-plant relevant scale that fusion can be achieved,” says Jay Brister, chief business development officer at General Fusion. “We’re looking at the early 2030s for the first commercial plant to be operational.”

They are one of 30 or so private fusion ventures with hats in the ring. A handful of these have caught the eyes of high-tech billionaires. Bill Gates, for instance is backing MIT spin-off Commonwealth Fusion Systems, while General Fusion has Jeff Bezos’ support.

That influx of private investment, now approaching $2 billion, is one reason fusion has moved from a distant glimmer of clean, limitless energy to a real possibility, says Kathryn McCarthy, associate director for fusion and fission energy and science at Oak Ridge National Laboratory, and a co-author of a recent National Academies report outlining a vision and rough timeline for building a multibillon-dollar prototype fusion power plant in the U.S.

Other reasons include advances in modeling and simulation, high-speed computing, materials science, and a deeper understanding of plasma physics from experiments around the world. “It’s a confluence of events that has propelled fusion into the spotlight,” she says.

Most fusion research since the 1960s has focused on tokamaks, doughnut-shaped reactors that use powerful electromagnetic fields confine and heat plasma. But, says McCarthy, “there might be better ways to do fusion when it comes to a pilot plant, even though each approach has challenges.”

General Fusion believes its approach, called magnetized target fusion, is the most practical for making the big leap from the physics of plasma generation and confinement to actually using the energy produced for electricity.

Their fusion vessel is lined on the inside with a liquid metal kept in place by a spinning rotor. Plasma fuel is injected into the vessel, and high-speed digital controls move pistons surrounding the reactor at different rates to drive shock waves towards the center of the vessel. This compresses the plasma and forces a fusion reaction. A magnetic field confines the plasma during this compression cycle, and for this the company uses inexpensive, room-temperature copper electromagnets instead of large superconducting magnets that require cryogenic cooling. 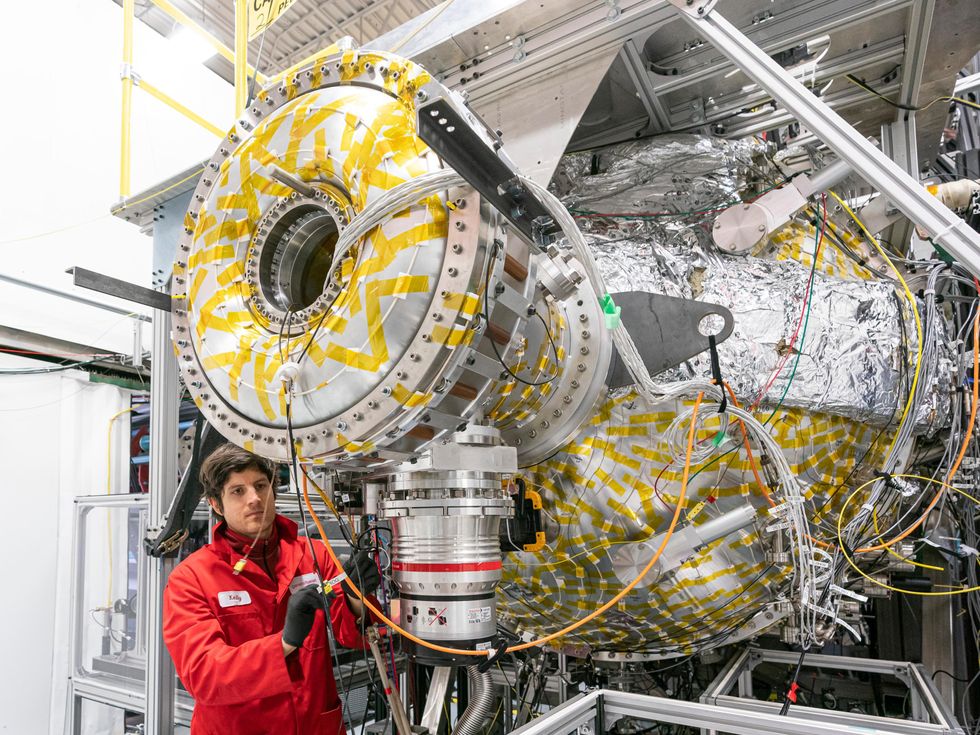 The compression system operates once per second, so fusion conditions occur briefly for the reactor to produce repeated bursts of energy. This energy is released as neutrons that go out and heat up the liquid metal, and that heat is used to produce steam to spin a turbine and generate electricity.

The liquid metal blanket is key for making the technology practical, Brister says. In a conventional tokamak, zippy neutrons need to be slowed down to keep them from hitting the reactor wall and damaging the machine itself. “For us the liquid metal acts as shield,” he says.

Having done over 200,000 experiments on the one-tenth scale system in the laboratory, he says the company has validated all the individual components that will be put together in the demonstration reactor. In addition to showcasing plasma confinement, the demo should help the company understand the economic feasibility of a full-scale plant. Brister says the company is now doing a global search for the location of the full-scale commercial plant.

McCarthy hopes that location for that facility, which will mark a big step for practical fusion power, will be Oak Ridge. Unforeseen challenges could, of course, hinder the demonstration plant. “Things don’t always work out the way you think they will with fusion,” she says. “Often it’s not the rocket science that gets you, it’s the practical side.”

Still, the flurry of private sector activity in the area is exciting and holds promise for nuclear fusion’s place in a clean energy future. “I’m very glad these companies are going ahead,” she says. “It kind of lights the fire under all of us.”

Sun Aug 15 , 2021
Seeking to these types of specialised anxious techniques as a design for synthetic intelligence may demonstrate just as valuable, if not extra so, than studying the human mind. Consider the brains of those ants in your pantry. Every single has some 250,000 neurons. Larger sized insects have closer to 1 […]